Home   About Us   Our Story 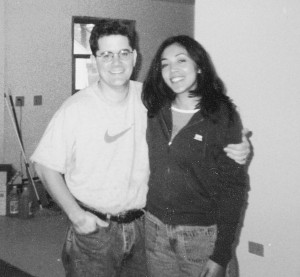 Favorite Time Academy was founded by Paul and Elizabeth Walker, a Christian couple with a burden to serve the Lord through caring for children. In 1998, the Walkers were inspired to begin a journey in the childcare field as they worked together on Elizabeth’s college papers. They were fascinated by the field of early childhood education. As Elizabeth continued in her college courses it became more evident that this was the direction God was leading them. During Elizabeth’s schooling, Paul began looking for a home that would be suitable for a start-up childcare program. They found a home located in Lombard, Illinois that was only a few blocks from their church. It was a rehab home that needed much work! 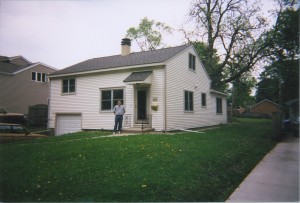 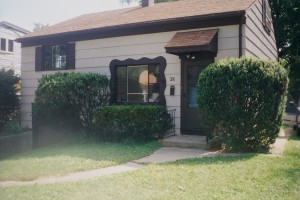 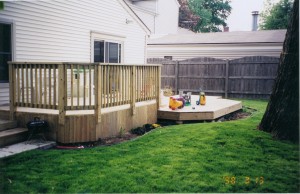 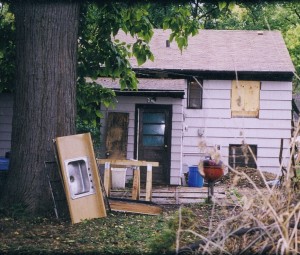 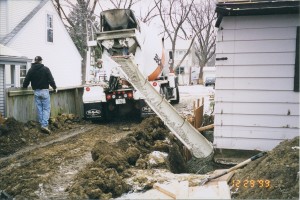 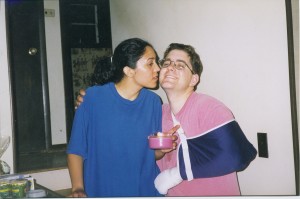 Did you ever watch the 1986 comedy movie The Money Pit, starring Tom Hanks and Shelly Long? Well this house was in far worse shape. Actually it was probably a tear down not worth fixing, but God had a greater plan for this home and the Walkers as they fixed the home together. In the first week, after closing on the home, Paul tore out the kitchen and three years later it was finished. During those three years the Walkers enjoyed lots of microwaved dinners, carry-out foods. Every interior and exterior wall was stripped to the studs, all wiring, plumbing, and HVAC was replaced in the home including the circuit breaker panel that originally had a 100 amp service panel mounted over a 60 amp fuse box. All mechanics, insulation, roofing, siding, windows, and doors were replaced. Even the foundation needed to be underpinned with additional concrete. A 18×30 foot classroom addition with 13 foot cathedral ceilings, adjacent kitchen, and a new child friendly bathroom was constructed. The Walkers were blessed by loving Christian families from the church that assisted and encouraged them with much prayer and God’s promises. Elizabeth learned how to install insulation and work alongside her husband who had zero construction knowledge or experience. It was a miracle that the home was finished without financial ruin. It was more than a “Money Pit” in that God was working in their marriage and teaching them to trust Him for His provision, strength, and leading. 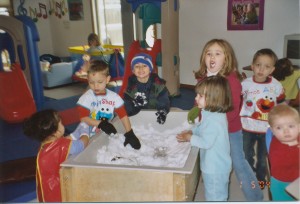 Shortly after Elizabeth’s schooling and completing the home, the Walkers began a small childcare program called Favorite Time Home Child Care. They started this work with the belief that their work was an extension of their faith and family. Their vision was to serve and glorify God by demonstrating His love and care for every child and family. As Christian caregivers, they attracted clients from various beliefs, nationalities, cultures, and economic diversities. Over the next two years, the Walkers enjoyed working together as they cared for each child. 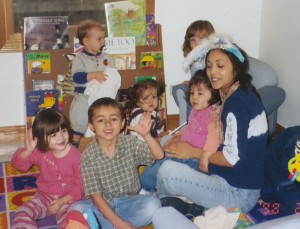 The name “Favorite Time” was based on the truth that God desires a relationship and fellowship with every man, women, and child. The Bible clearly encourages God’s people to spend time with Him daily. Mornings and evenings are particularly significant times for spending time with God through prayer, Bible reading, mediation, reflecting on God’s mercy and goodness, singing, praise, and thanksgiving (Isaiah 26: 8-9, Psalms 1: 1-2, Psalms 92: 1-2, Prov 8:17). Having a “Morning Time” with Jesus was a daily enjoyment and at times a discipline that the Walkers loved. Similar to having a “morning time”, the goal of “Favorite Time” each day, with the children, was to foster a love for spending time with Jesus. This time was typically at 9:00 am which consisted of a combination of prayer, child devotions, singing, and a variety of activities such as puppet ministry, Veggie Tales, art, etc. 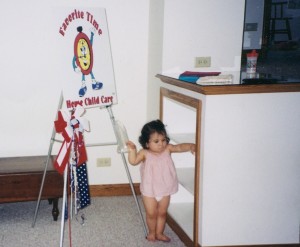 The Favorite Time Home Childcare logo was pointed to 9:00 am which was the “Favorite Time” of the day. The logo is the same today with the cartoon clock at 9:00 am. The Walkers are thankful for a team of high school students that took the concept and designed a professional logo that is now a United States Trademarked symbol of their journey to serve and love children.

Favorite Time Home Childcare was licensed for 16 children. The Walkers vision was to one day expand their work to a larger campus and school that would provide practicum and internship opportunities for local high school and college students. After conducting a search for available facilities in different states, a location in Acworth, Georgia was found. In December of 2004, the Walkers purchased an existing childcare center that eventually was given the new name Favorite Time Academy. 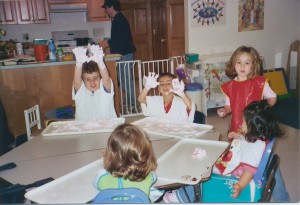 The purchasing of the new location was an impossibility that God made amazingly possible! First, the purchase had several obstacles including the fact the Walkers needed to sell their current home. The entire project was financed on a shoe-string budget. The initial bank that stated “slam dunk” backed out at the last minute. In God’s perfect timing the home was sold and the school was purchased. Within the first three years the building and property was also purchased with the kind help of Georgia Bank and Trust (GB&T) in Cartersville, Georgia. Again, the Walkers believed this was another reminder of God’s love, faithfulness, mercy, power, and provision. Paul and Elizabeth were continuing to learn that nothing is too hard for God (Gen 18:14, Jer 32:27) 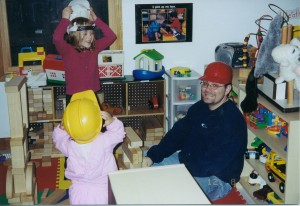 Once the school was purchased then the real work of love really started. Although the property and facility were beautiful with a “water park”, the actual program was infested with problems and considered very low quality. The focus for the next several months was to bring the school in compliance with state rules and regulations, hiring, training, and hundreds of hours developing the programs. New equipment was arriving weekly and improvements were made daily as a new team was forming. During this time God continued to provide through grants, training opportunities, and consulting support as the school began to operate legitimately while pursuing NAEYC Accreditation. By July of 2006, less than two years from the purchase date of the school, Favorite Time Academy had achieved the highest national recognition for quality, NAEYC Accreditation. 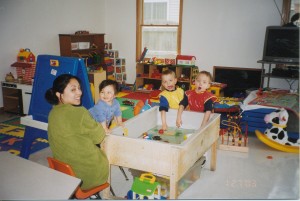 After Favorite Time achieved NAEYC Accreditation, Favorite Time spent the next several years on various quality projects. In 2008, the team achieved the Highest State Award for Quality, “Center of Distinction”, earning one of the highest scores in metro Atlanta area. The team also received numerous recognitions and awards from state, local, and private organization including GAYC, Quality Care for Children, Georgia Immunization Program, and Quality Assist. Favorite Time’s Georgia Pre-K team also achieved 100% EXCEEDS on their pre-K quality rating. In 2011, Favorite Academy achieved NAEYC Accreditation for the 2nd time and COA (Council on Accreditation) for the School Age Program. These are the GOLD STANDARD and toughest accreditations in the industry. 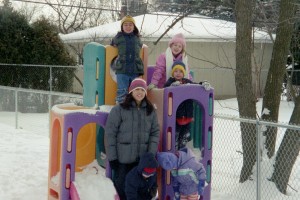 It was rewarding for the team and owners to achieve the highest level of quality in the county and be recognized as the only center in the Cedarcrest market that successfully completed the NAEYC Accreditation, not once, but twice. With the success came the pitfall of loving the business. “I enjoyed the school so much that it became an idol in my life,” Mr. Walker stated. “God needed to show me that I began to value and esteem the school above my relationship with Him.” 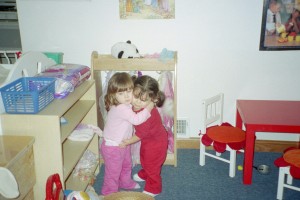 n 2013, the Walkers began seeking God regarding a new direction for the school that included their prior burden to serve and minister to children through sharing His love and truth. Currently the Walkers are focused on continuing the high quality NAEYC standards while incrementally adding programs that further support their vision for the school. These new programs initially will include a Private Christian Faith-based Pre-K program which will be an alternative to the Public Georgia Pre-K Program. The second program will include an elective class for each age group called “Favorite Time” that will include a faith-based Christian curriculum, prayer, and Bible time. It is an exciting time at Favorite Time as a new work is beginning that is greater than the past 9 years. The final chapter to the Favorite Time Story has not been written. God’s timing is always perfect. It is a comfort to know that God is in control and he has a plan (Phil 1:6, Prov 16:9, 19:21). 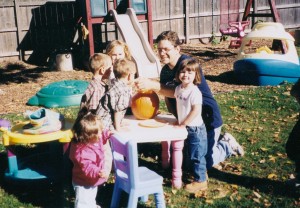 We all have our favorite music, our favorite ice cream, and maybe a favorite vacation spot. Children have favorites too. It might be a favorite color, a favorite toy, a favorite place, and maybe even a favorite bedtime story. Favorite Time Academy desires to be The Favorite in Early Childhood Education™ for each child, parent, staff member, and partnering organization. As the days, weeks, and months continue to pass the Walkers are pouring their heart and energy into the childcare and educational programs that are child centered and parent friendly. 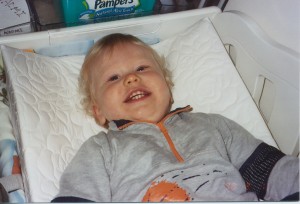 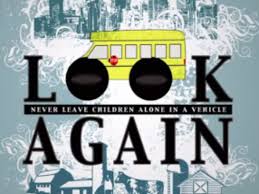